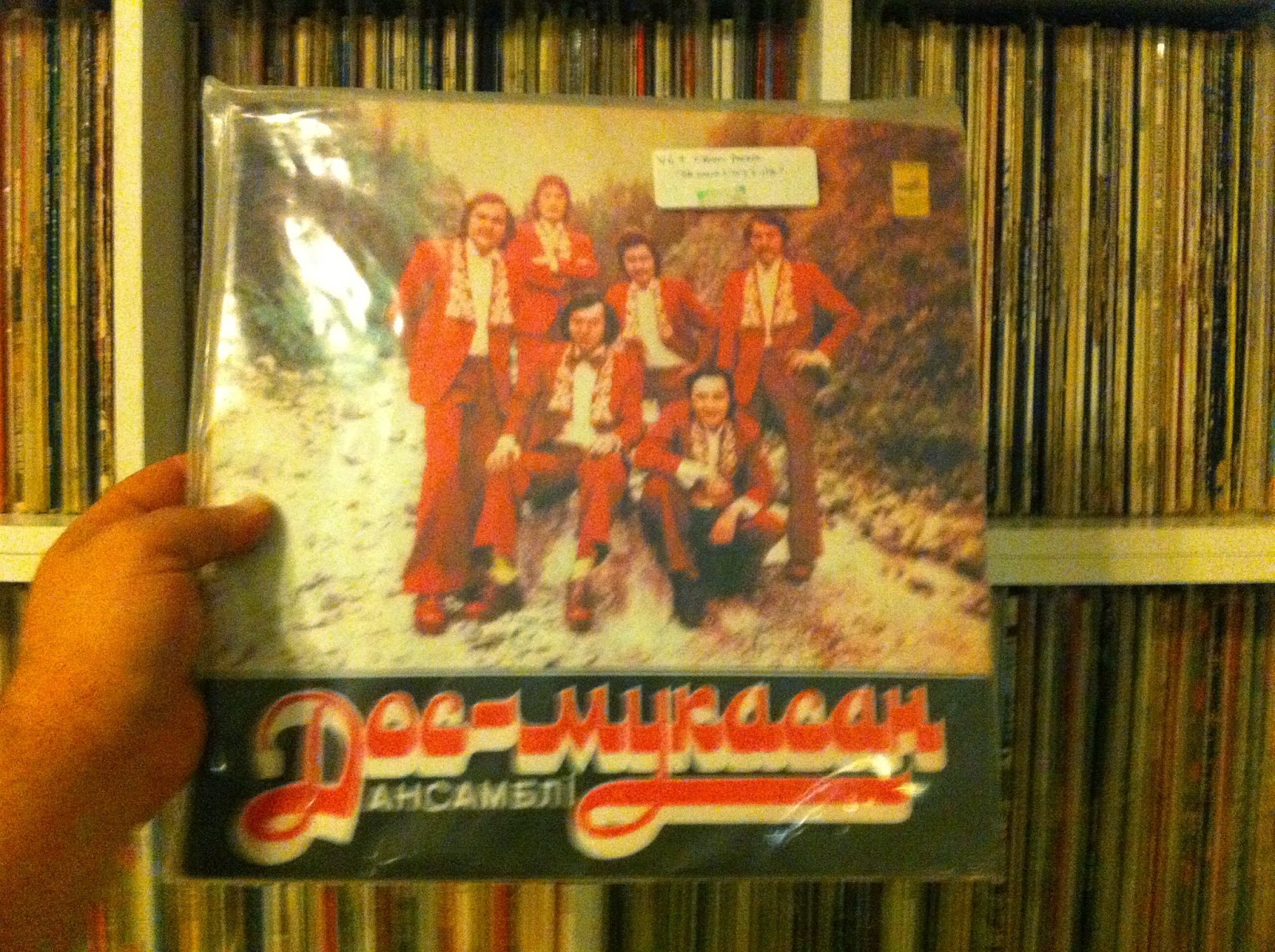 Band was created in 1967 by students of Polytechnical Institute of Almaty, being in Bayanaul during their practice.
Title is made of their names: Dos (Dosym Suleev), Mu (Murat Kusainov), Ka (Kamit, left group), San (Sanya- Aleksandr Litvinov). Main purpose was to transfer traditional style to new modern sound. (as they say - to unite beat, swing and jazz with melody of steppe) . In 1976 band became laureat of Youth and Students of USSR festival in Minsk, and of 10th international Berlin festival. Band opened own producer center in mid-80th. Now band just appeares for few special retro-concerts. Band was called best band of century, Toy Zhyry - best song of century, and unofficial title is Kazakhstani Beatles. (or as we say Beatles is english Dos-Mukasan)