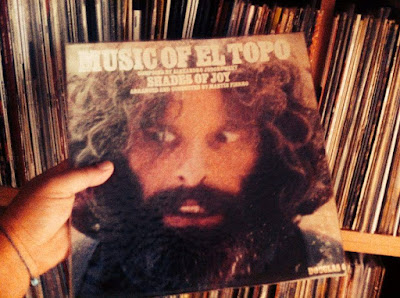 The mysterious Shades of Joy recorded the wholly instrumental album The Music of El Topo in San Francisco, the LP finding release on the Douglas label in 1970. Co-produced by Alan Douglas (famous for his controversial posthumous work on some Jimi Hendrix material), it's an odd but listenable mix of early jazz-rock fusion, psychedelia, funk, and the kind of meditatively somber and pretty music you might expect to hear on the soundtrack to a period drama.

And in fact most of the compositions are credited to film director Alejandro Jodorowsky, who was responsible for the early-'70s cult film El Topo. Fifteen musicians are credited with playing on the album, the most noted of them being occasional Grateful Dead/Jerry Garcia sideman Howard Wales (on electric keyboards), though there are also numerous percussionists, brassmen, and flutists; in fact, there are three combination flutist/tenor saxophonists alone. (Jodorowsky himself does not play any of the music, however.) Martin Fierro (who played flute, tenor sax, alto sax, and cowbells, as well as being credited as a "scratcher") seems to have been the musician most involved with the project, also doing the orchestration and horn arrangements. The Music of El Topo, incidentally, is an entirely different album than the Apple-issued El Topo soundtrack, for which Jodorowsky got composing credit for all of the music.By Allmusic

Recorded in San Francisco in 1970 on the Douglas label, this LP is commonly associated with the visionary Western-on-acid epic film "El Topo." It's an intriguing piece of urban jazz funk fusion.

And a somewhat confusing record. First, there are two versions – the film score on Apple (which I hear is to be avoided) and this bay area jazzfunk jam “inspired by the film” by the Shades of Joy on Douglas.
Alejandro Jodorowsky – the movie’s director is credited here with writing all the music (which sounds improvised), yet appears to play no instrument or take part in the session at all. But, of the people who do actually play on this record, most noteable is funky keyboard legend Howard Wales! The sound here ranges from all out funky get-downs, to trippy, moody electric Miles Davis-esque excursions. Very highly recommended.By Wax

Listen here to an exerpt from one of the more groovin’ tracks.

Shades of Joy  - The Desert Is A Circle

Shades of Joy  - Flute In A Quarry 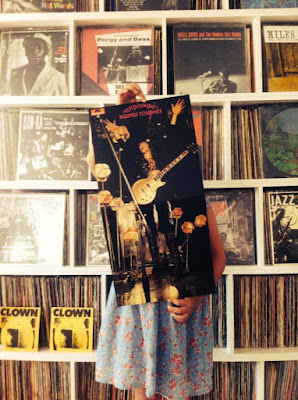