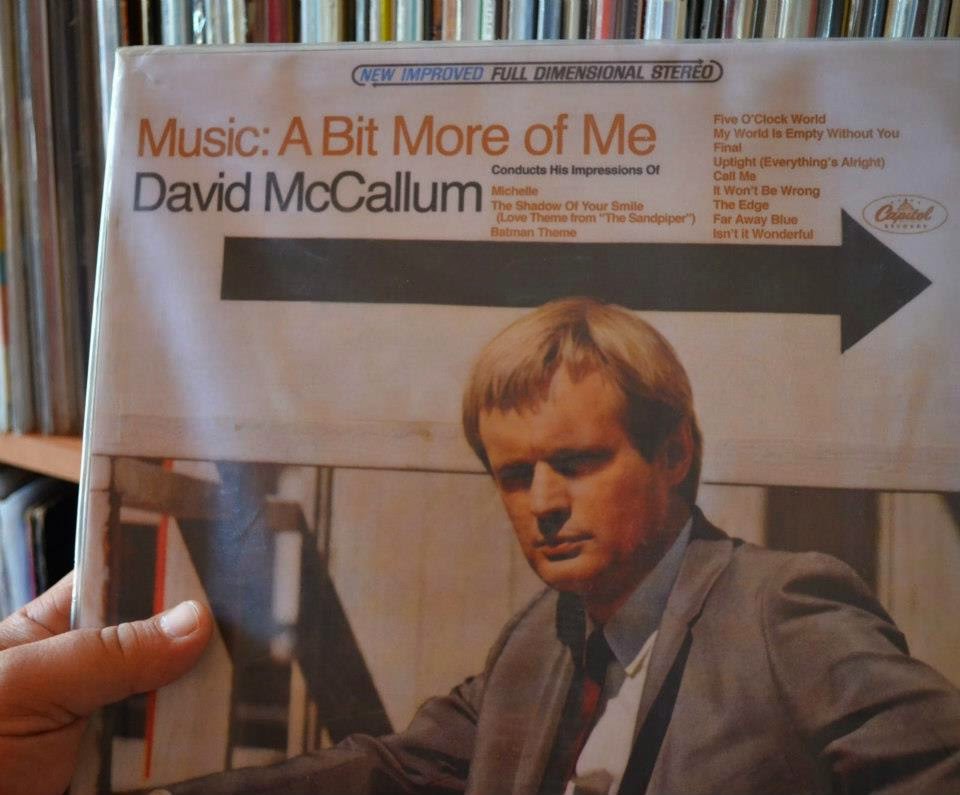 Very groovy stuff from the Capitol heyday of the late 60s! The record ostensibly gives TV star (from "U.N.C.L.E.") David McCallum a chance to conduct a set of groovy instrumentals – but David Axelrod produced the album, and HB Barnum did some of the arrangements in the same groovy style he used on some of his best Capitol work! The record features a cool Axelrod composition called "The Edge", which is as good as anything from any of his 3 Capitol albums.