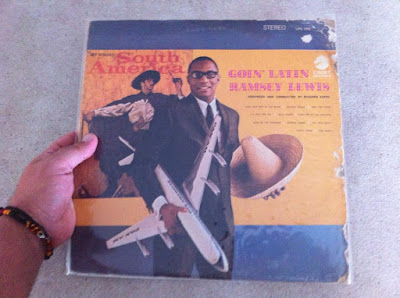 Goin Latin, and goin groovy too – thanks to some wonderful arrangements from Chicago soul legend Richard Evans – who really helps Ramsey Lewis open up his sound on the set! The format's less straight Latin than you might expect from the title – and Evans brings in a bouncing, bassy bottom that's still got a strongly American flavor – not really Latin Soul, but something of a blend of Latin and bossa elements with some of Evans' more soul-styled modes of the time! The mix of styles is really great – Ramsey's Chicago groove taken a bit south of the border – and tracks include the heavy smoker "Hey Mrs Jones", plus "Summer Samba", "Free Again", "Blue Bongo", "Function At The Junction", "One Two Three", "I'll Wait For You", and "Spanish Grease".

Ramsey Lewis - Function At The Junction 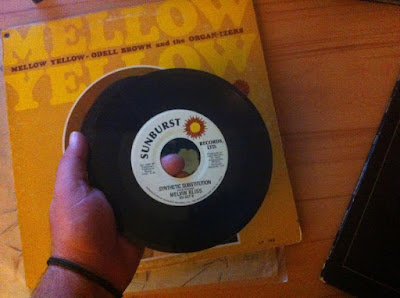 "Synthetic Substitution" is a 1973 song by Melvin Bliss. Originally starting life as a throwaway B-Side, with "Reward" as the A-Side, the song failed to chart anywhere on its initial release because of the collapse of Opal Productions, the parent company of Sunburst Records.However, after the song was sampled by Ultramagnetic MCs, many other artists followed suit and eventually the song became one of the most sampled songs of all time.

With the Exciters disbanded in 1971, Herb Rooney was out of a record deal. Having previously written for other artists,Rooney decided to continue down this path.  Meanwhile, Melvin Bliss had drifted from stage to stage since leaving the Army in 1957. Looking to boost his career prospects he visited a Queens concert hall intending to use it for self-promotion.Whilst awaiting a meeting with the hall's owner, he encountered the mother of Herb Rooney and it emerged that he wanted a singer to record one of his compositions.After an informal discussion with Rooney himself, Bliss hit the studio to record it.Rooney had intended the A-Side to be Reward and thus presented it to Bliss first. 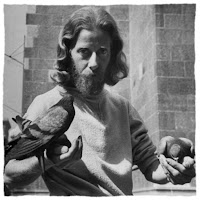 It is 1960, Rock’n’Roll has just lost a couple of its protagonists during this and the previous year, the time of the great balladeers has just begun but soon will run out due to the new and exciting beat invasion. In US mainstream the tiki culture has reached a certain peak and is about to collapse but still goes strong and with it comes the so called “exotica” music, a crossover between smooth jazz and swing, Latin grooves, haunting melodies that are rooted in the folkloristic sounds from different parts of this world plus weird sound effects that often create a spooky jungle or dreamy island beach atmosphere. It can even bend your mind that far you would see palm trees growing out of your speakers and witness monkeys and parrots having fun in your room.
Eden Ahbez, born in 1908, passed in 1995, a man living an even more consistent dropout and hippie lifestyle way before the movement was born in the mid 60s, a beat poet and composer who wrote the hit tune “Nature boy” that gave Nat King Cole his first big success in 1947, 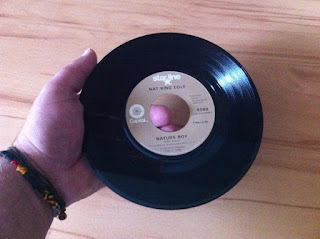 approaches the field of exotica music from a different point of view creating an epic concept album about an utopian society living in peace and harmony on an island far away from the modern western world as we know it. And indeed we find many trademarks of the prototypical exotica music beginning with this relaxed groove combining easy listening swing and Latin patterns, peaceful, dreamy and even transcendental vocal melodies, tinges of folk music from around the world including powerful dances and a whole color palette of mind expanding sounds giving the whole music an even greater depth and width. 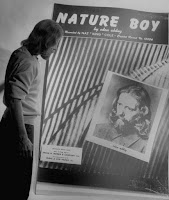 The latter being created entirely with real instruments such as Eden Ahbez' wood-flute. Some tunes are rather gentle and relaxed with the lyrics being narrated which adds much to the epic feel of the album. Since this is a really unique effort, I cannot really compare it to any other musical piece of the genre but definitely recommend it to exotic aficionados who for example love Frank Hunter's "White goddess" album from 1959. Psychedelic music before the term was even invented.