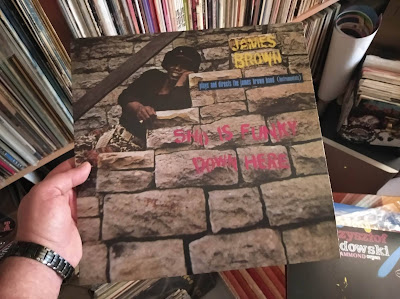 A legendary bit of fuzzy funk from James Brown – an important collaboration with the mighty Dave Matthews, who brings a more tripped-out feel to the record than some of James' other King sessions of the time! Matthews adds in lots of psych-influenced guitar – used very different than the scratching riffs of the other JB material of the late 60s – in ways that almost make the record a second chapter to Dave's Grodeck Whipperjenny album – a gritty blend of funk, soul, and psych – all with some nice touches by the James Brown Band!