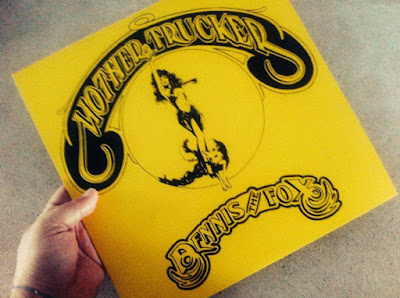 Sometimes, a singer can act like a star, even though their actual place in the musical universe is far from the limelight – and that's definitely the case here with Dennis Caldirola, aka Dennis The Fox – a vocalist who's not afraid to brashly lay down his own lyrics that filled with offbeat wit, weird warnings, and a sense of presence that hardly belies the tiny circulation the album got at the time! The whole thing's a stripped-down, virtually-homemade production – but it's also one of those records that hardly knows that at all – and the group are surprisingly tight at times, even ripping off The Meters pretty heavily on one of the album's funkier tracks.

Thanks, very good and a very rare album.I think released in 1972, as i see in wikipedia-https://en.wikipedia.org/wiki/Dennis_The_Fox. Thanks again.

You have right George. Thank you for the comment and i'm sorry for about it.