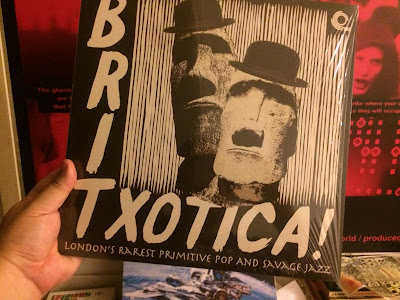 Not exotica, but Britxotica – a cool variant of the American postwar love of the sounds of the islands and the jungles – served up here in a really hip batch of tracks from the UK scene of the late 50s and early 60s! Many of these numbers are rooted in jazz, and there's definitely some key jazz musicians in the mix – but you'll also hear lots of the percussion, global instruments, and moody orchestrations you'd find on American records by folks like Les Baxter or Martin Denny – although sometimes with an even groovier vibe, and a nice London twist – similar to some of the Croydon Municipal compilations from Cherry Red!By Dusty 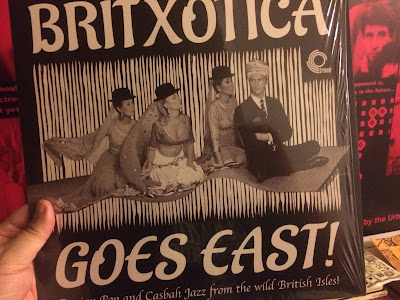 Groovy Brit tunes with exotic Far East influences – affectionately compiled by the deep digging geniuses at Trunk Records! Persian Pop & Casbah Jazz From The Wild British Isles is an apt description, alright – as the vibe is very much in a bright, groovy late 50s/early 60s Brit mode, with jazzy pop and hip soundtrack style to spare – with lyrical and instrumental odes to the Far East that are sweet and endearing in ways that transcend the cheeky exotica of the time. Wonderful stuff – with tunes by The Beverley Sisters, Chico Arnez, Johnny Keating, Tony Osborne, Ray Ellington and more. By Dusty

Kenny Day The sheik of Marocco 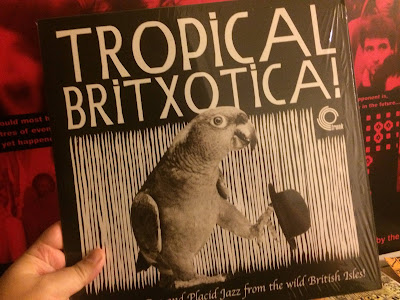 The Britxotica sound is back in wonderful form – that fantastic postwar meeting of musical modes that happened every bit as much on the London scene as it did in the US! In fact, given the Caribbean and colonial ties of British culture, we might almost make the argument that some of these tunes have more of an authentic imprint than American exotica of the time – although "authentic" is hardly the name of the game here – as the music really gets its charms from the way that the sounds of the islands are reworked for the dancefloors of Soho at the end of the 50s. By Dusty

Britxotica not have the last track,Many thanks for the albums