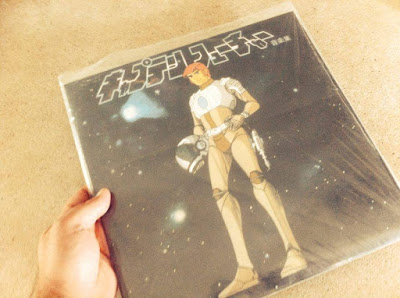 This isn't your everyday sci-fi animé score - Yuji Ohno's classy compositions for this 1970s TV series are more inspired by jazz and pop than the futuristic world inhabited by the characters. imagine a world of New York cops and private eyes, filtered through an eastern eye and transported to Japanese animation - that might get you in the direction of these masterful compositions. Easy as it is to make such claims, we feel this must have been an inspiration for a certain pair of French robots when they set about putting together their pop-tinged second album. Let it inspire you today, and step into the future.By Bleep