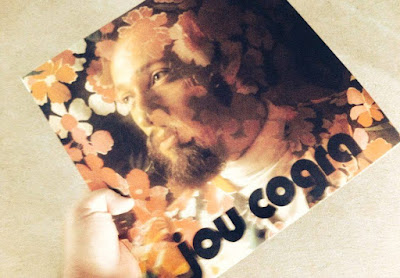 The best sort of Hammond Explosion you could hope for – a blast of rare funky 45s from Spanish organ maestro Jou Cogra – a player who's got the soul of American organists of the 60s, but who also easily grabs some of the wilder sounds used by British players during the psychedelic years! Imagine Jimmy McGriff on acid, and you'll get part of the vibe here – because the tunes groove nicely at the core, but often blow out the Leslie speakers with their rumbling basslines or mad keyboard flourishes – served up here on a set of 15 cuts from Jou's rare singles of the early 70s.By Dusty

Thanks man !!! I come here very often, especially when I don't really know what to listen to, and need to discover new goodies. There are always some good surprises like this one, 3 killer tracks full of Hammond, fuzz & wah-wah's, just incredible !
Thank you & congratulations for your good taste !!!

My pleasure Frumious.Thanx a lot for the comment.
Greetings from Greece.