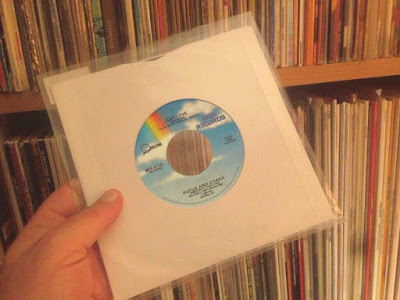 Produced by Quincy Jones, Masterjam was the band's fourth album to top Billboard's R&B Albums chart, and also reached number 14 on thePop chart. The album includes the singles "Do You Love What You Feel", their fourth #1 hit on the R&B Singles chart and also #30 on Pop, "Any Love" (US R&B #24, 1980) and "I'm Dancing for Your Love" (US R&B #43, 1980). In 1979, Chaka Khan found solo success with the release of the album, Chaka, and its parent single, "I'm Every Woman", which became her signature song years before "I Feel for You".
However, Khan wanted to remain a member of her long-standing band Rufus, a group she had joined in 1972. Since their 1973 debut, Khan had led on most of the group's songs. While Ron Stockert, an earlier member, had added vocals to the debut and their follow-up, Rags to Rufus, Stockert left after complaining of their label's focus on Khan, and Tony Maiden would begin to lead on more songs as the seventies drew to a close, Khan's presence continued to boost the group.
For their first album with MCA Records, which had absorbed ABC Records a year before, the group enlisted Jones to help them with the record (Khan had recorded with Jones the year before for his album Sounds...and Stuff Like That!!). The group, while still with Khan, was now starting to record without her, while Khan was starting to express a view of going solo for good while still performing with the group onstage. Despite this, the album became a success upon its release. Following Masterjam Chaka Khan recorded her second solo album Naughty and Rufus Party 'Til You're Broke, released in 1980 and 1981 respectively. Khan reunited with the band again in 1981 for the recording of Camouflage.
Jones had also brought in the Seawind Horns for help, as well as The Brothers Johnson for additional percussion help. Rufus even does a funked-up cover of Jones's own "Body Heat".

Rufus And Chaka – Any Love