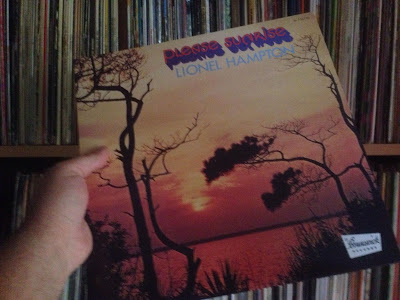 Sweet vibes from the great Lionel Hampton – sounding different here than both his early swing years, and his later small combo modes – and working in a style that has his instrument in the lead over hip Chicago soul backings from the team at Brunswick Records! The album's got a nicely laidback vibe, and a mix of core instrumentation with larger charts that's not unlike some of the cool Cadet Records work by Ramsey Lewis at the end of the 60s – except with vibes, not piano. Willie Henderson and Tom Tom Washington did the arrangements – and nearly every track's an original by Eugene Record.