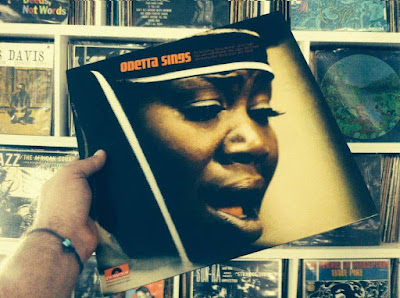 By the time Odetta Holmes recorded Southern Soul classic Odetta Sings in 1970, she'd already released a dizzying array of albums over a 13-year career. Initially a rhythm and blues artist, she played a key role in the American folk revival of the 1960s and became a leading figure in the civil rights movement. While Odetta Sings included some softly spun fusions of folk and soul (see her fabulous covers of Paul McCartney's "Every Night" and James Taylor's bluesy "Lo and Behold") and string-drenched ballads, for the most part it was an impassioned and upbeat affair, containing such classics as "Mama Told Me Not To Come", "Hit and Miss" and "Movin' It On". In hindsight, it's one of the strongest soul albums of all time.


Odetta - Give A Damn