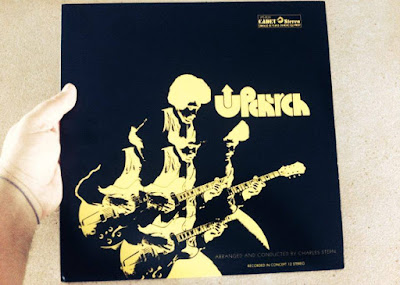 An incredible album from one of the greatest talents on the Chicago soul scene of the late 60s – guitarist Phil Upchurch, a player with an amazing sound! Phil could work in worlds that were equal parts soul and psychedelia – making his guitar a perfect accompaniment for the best Chicago soul of Curtis Mayfield, Donny Hathaway, Minnie Riperton, and other greats of the time. This album's easily one of Phil's best – a mindblowing set of arrangements put together by the groundbreaking producer Charles Stepney – bringing together bits of jazz, rock, soul, and funk – all providing the perfect genre-blending space for Upchurch to solo! Given that there's no singer on the set, Phil's work on guitar is a lot freer than you're used to hearing – in a really great way, one that puts him in a space somewhere between Shuggie Otis and Jimi Hendrix!