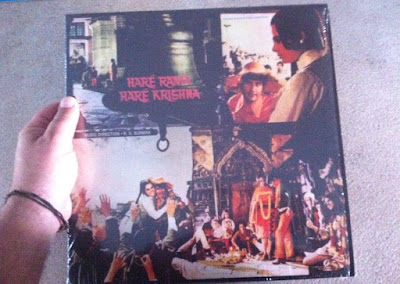 Hare Rama Hare Krishna is a 1971 Indian film directed by Dev Anand starring himself, Mumtaz and Zeenat Aman. The film was a hit and a star-making vehicle for Zeenat Aman, who played a westernized hippie, and won the Filmfare Best Supporting Actress Award, as well as the BFJA Award for Best Actress. The movie dealt with the decadence of the Hippie culture. It aimed to have an anti-drug message and also depicts some problems associated with Westernization such as divorce. It is loosely based on the 1968 movie Psych-Out.  The story for Hare Rama Hare Krishna actually came to Dev Anand's mind when he saw hippies and their fallen values in Kathmandu, Nepal where he was on a visit after protests against his previous film Prem Pujari in Calcutta.