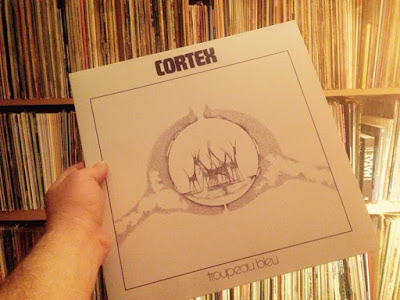 A legendary bit of funky fusion from the French scene of the 70s – the standout set from Cortex, a combo who's very heavy on the keyboards! The tunes have a feel that's quite different than American electric work of the time – funky, but also a bit breezy too – with a strong Brazilian influence in some of the rhythms, and hip use of female vocals alongside the Fender Rhodes – which makes for a double layer of sound that's totally great! There's a bit of alto sax in the instrumentation, but most of the sound comes from the interplay between keyboards, voice, bass, and drums – rolling along in a sound that's stunningly soulful, and which makes the record one of the hippest European dates from the decade.