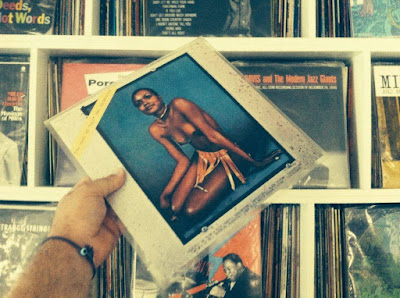 Here is a rare funky gem titled "Blue Jeans" by Alberto Baldan. This track was featured on Balden's 1974 album The Soul Of Ali 'Ben' Djamballa, which is a much sought after LP by record collectors worldwide. The good grooves from this record don't just start and stop with "Blue Jeans", as the album features a number of other great tracks including "Black Coffee", "Take Six", and "Niger", which all tend to blend euro "library music" grooves together with a touch Afro-flavored funk. As you might imagine, the record features a number of solid breaks and worthy sampling material. Overall, the hard-to-find album represents a fine dose of funky rare grooves. Enjoy!By americanathlete