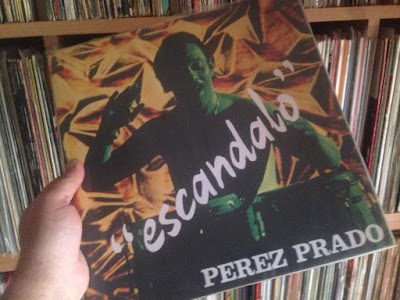 Known as Pantaleon Perez Prado, was the younger brother of the famous King of Mambo. Pantaleon, who came to Europe in the 1950s, recorded several albums with Unifunk. A powerful Big Funk Band sound featuring: Tullio De Piscopo, Mario Rusca, Giancarlo Barigozzi, Pino Prestipino and others. Escandalo!, as Perez Prado states in the brief sleeve note, is named after a new rhythm created by himself. A rhythm you can dance to in freedom, without specific steps. In spite of this naive launching, the opening track Chicago Banana is a declaration of intent, with its Sly Stone-esque groove. 9 out of 12 tracks are originals credited to composers of the Unifunk circle, but the track list is careful to preserve Prados well-established Latin appeal, by including three standards such as Brazil, El Manisero and Tequila.