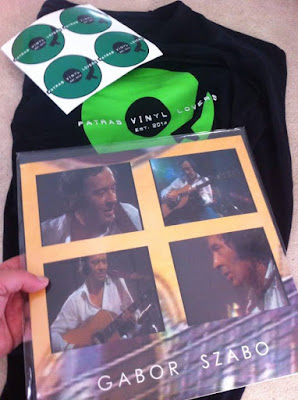 The Hungarian-born jazz guitar legend was at the peak of his career in 1974, when he first visited his abandoned homeland after 18 years of absence. He was invited by the Hungarian Television to record a few tracks with session musicians of his choice. The project came to life in September 1974, when six artists gathered in a studio of the Hungarian Radio and gave an hour-long, live concert. The program was compiled mostly of material from Szabo’s albums published in the West, as well, as arrangements of Hungarian and international pop hits. The sessions’ television broadcast was quite a success that in fact officially introduced this great artist to his homeland’s audience. The recordings have remained unreleased to this day.By Moiras Rec.